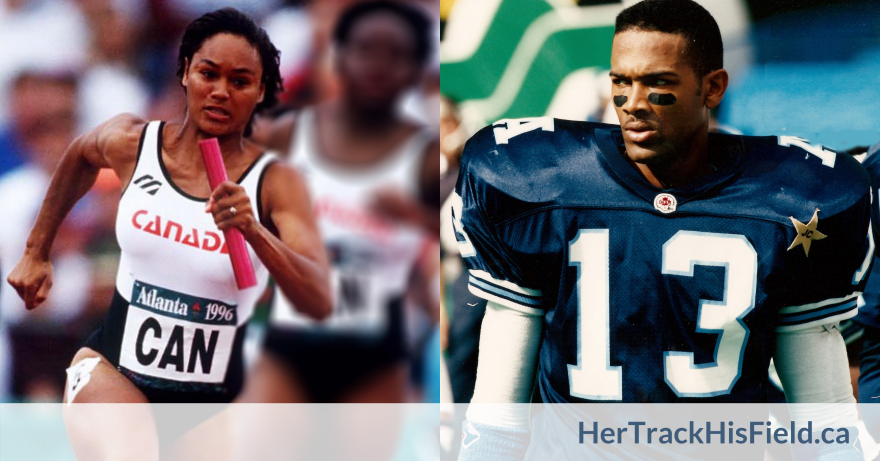 I grew up in Haliburton, a small town in rural Ontario that likely has more professional athletes per capita than any other small town in Canada.

The outside of the arena—where I watched more hockey games as a kid than I can count—is filled with murals celebrating the likes of various hockey and football superstars. The murals include Bernie Nicholls (you may remember he was a Stanley Cup winner when he played with Wayne Gretzky), Matt Duchene (I went to school with his Dad), Ron Stackhouse, Cody Hodgson and CFLer Mike Bradley, to name a few.

As a kid, you feel a certain amount of pride that these athletes left this small town and made something of themselves. You believe that something outside of Haliburton—something much bigger—is possible for you, too. They are role models. They are people you can look up to for inspiration, courage and a vision for a bigger life.

Recently, however, a group of elementary students from my small town began looking a little more closely at the success stories from Haliburton and noticed that there were a couple of star athletes missing from this impressive lineup…

Those athletes are people I grew up with. I knew them very well and respected them both not only for their athletic ability but also for their character and the kindness they demonstrated towards others.

Those athletes are Lesley Tashlin and Taly Williams.

One small town, two talented athletes, and an incredible group of elementary students who are standing up for what's right. Read the full story, here: Click To Tweet

I remember driving Lesley home from Ottawa to Haliburton to see our families and the conversations we had about her Olympic dreams and the work she was putting in to qualify for the Olympics. I distinctly remember the pride, excitement, and thrill of watching her compete on television from the basement of our townhouse during the 1996 games.

She was and remains, the first Haliburton resident and woman to represent Canada at the Olympics. She made history for our small town that day.

I also remember when Taly was playing professional football for the Toronto Argonauts and Hamilton Tiger-Cats and how I used to brag that I knew him! It was cool to see people you knew in real life on television and in newspapers celebrated for their achievements.

Taly was the first person from Haliburton to play in the CFL.

They are people to look up to.

Yet, they were never given a mural on this prestigious Sports Wall of Heroes that was specifically put there to showcase hometown athletes that had made it to the top of their sport.

These seventh and eighth-graders noticed something peculiar, and they made it their mission to make things right. You see, both Tashlin and Williams are Black, and all the other athletes who have murals celebrating their athletic accomplishments are White. I’d like to believe that this is not the reason they haven’t been featured in a mural, but it is worth mentioning.

These seventh and eighth-graders noticed something peculiar, and they made it their mission to make things right. They inspire me. Do they inspire you? Click To Tweet

While a couple of adults tried to advocate for this change just over a decade ago, their requests fell on deaf ears. In today’s world, where we are more aware of diversity, equity, inclusion, and challenges that people of colour face, the voice of these children is powerful and loud. They want change, and people are listening to them.

These kids are advocating for this to happen in a big way. They are brave, curious, persistent and determined to make this right. They very much want to celebrate what is possible for women and minorities from small rural communities like Haliburton.

It matters to every young person to see role models that look like them. 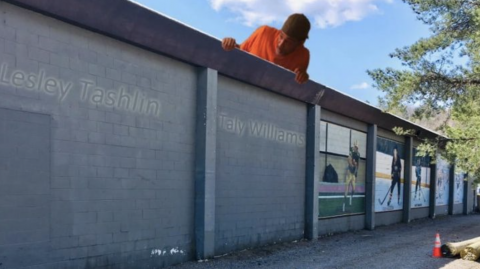 Lesley will be the only woman with a mural featuring her accomplishments in this small town. For young girls, this is incredibly important as it shows what is possible for them, too.

These kids have a star French teacher named Marina Thomazo who has been in Haliburton for over a decade. She doesn’t know Lesley or Taly, but she has become one of the loudest voices advocating for them because of what she led her students to uncover. She is in her students’ corner, helping them be heard.

They have now received approval from the town to have murals of Lesley and Taly added to the Sports Wall of Heroes, provided they can raise the funds that it takes to put them there.

These kids are doing all they can to make this happen, and they need our help. They’re using social media to try and spread this story far and wide to impact change. They are doing this during a time when we all need people to look up to—people who are willing to do what it takes to positively impact change no matter how hard or far-reaching it might seem.

If this story has moved you in any way, I ask that you consider helping me help them see that not only can their voices be heard, but their voices are also powerful enough to raise the money needed for change.

If you’ve been moved by this story and these kids, you can read more and/or make a donation at hertrackhisfield.ca.