I can’t wait for you to meet my good friend Sigrun, Europe’s #1 business mentor, in this week’s episode and not because we have similar views on how to start and run a business, but because we are exact opposites!

Even though Sigrun and I have similar-sized businesses, we’ve built them in completely different ways. I started my business with a clear, well-outlined strategy. Sigrun started with more of what she calls a “throw spaghetti at the wall and see what sticks” approach. I slowly built up capital to grow in increments, Sigrun spent all the money she made in the beginning and then rapidly started scaling in 2014. I’m more of an invitational marketing gal, Sigrun is in love with the big launch and has become a master at it!

I love that you can approach business from many different angles and that two very different people can both create businesses that support the life they want and make a difference in the way they serve.

Tune in to hear how Sigrun, a woman whose first language isn’t English and who comes from a very small town in Iceland,  built a seven-figure, international business by travelling, giving of her time, and making meaningful connections wherever she went.

If you’ve ever thought, “I wish I could launch a product and make money!” Sigrun is the woman to tell you how to do it. Listen in to hear her explain what makes a great launch, how to set one up for success and how to keep your clients coming back for your products… Even if you DON’T have a huge list of followers!

Learn how Sigrun has made her and her brand stand out on the international stage and why she believes women entrepreneurship is the answer to gender equality. Sigrun’s unconventional path to creating a business that works and personal wealth might just be the approach you’ve been looking for!

Tune in next week for episode 27, as I am joined by Margy Feldhuhn, co-owner and CEO of Interview Connections to talk money like the girl bosses that we are. We will discuss profit, cash flow, sales goals, planning, org charts, and all the things people need to know in their business.

Where To Find Sigrun 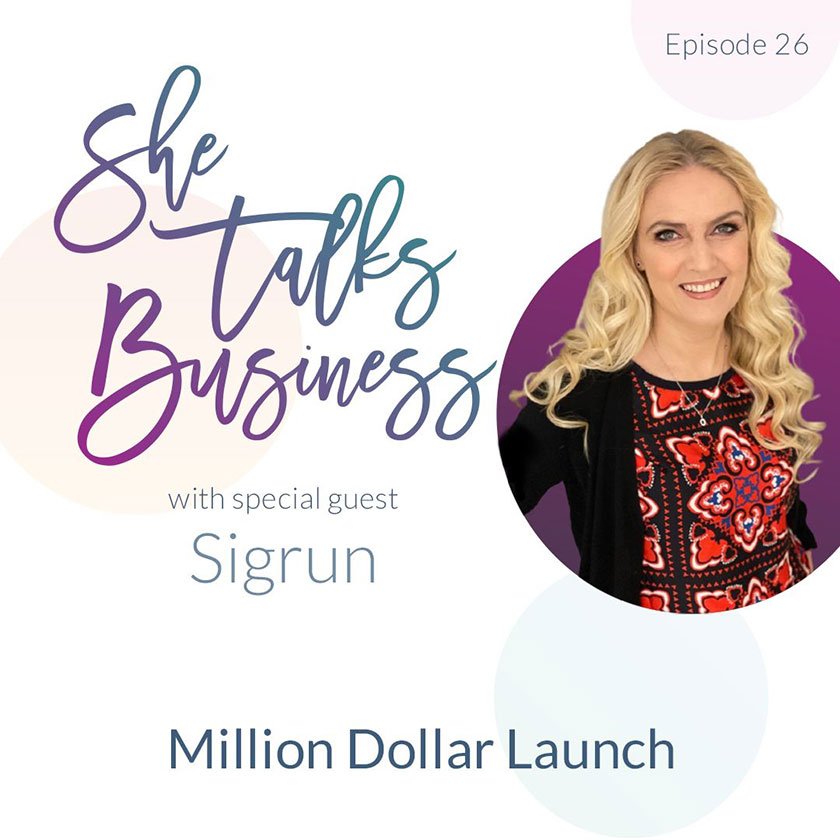