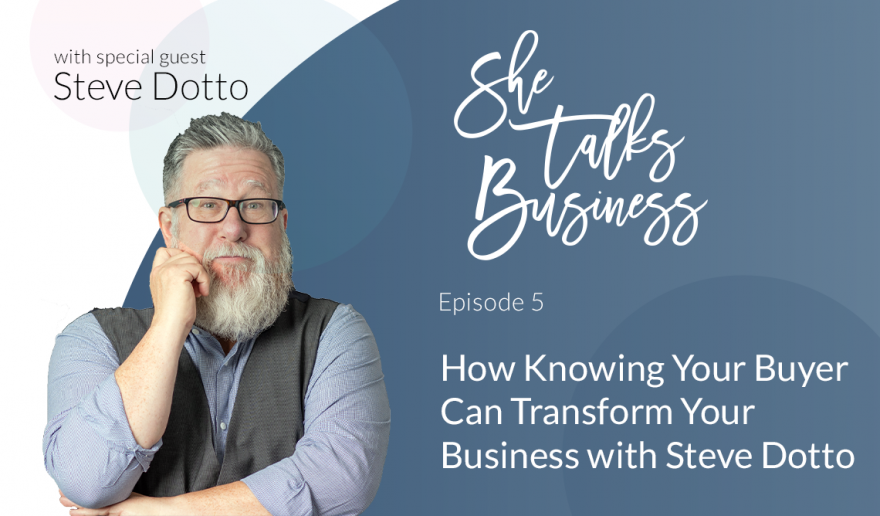 Get Clear on Who You Serve With Steve Dotto

In this episode, learn how Steve Dotto’s epiphany about what makes him unique and figuring out who his ideal client was, skyrocketed his business and brought a deeper meaning and sense of purpose to his life.

In the 1990s and early 2000s Steve Dotto had his very own tv show and when that wrapped up everyone thought he would retire, but instead, this grey-beard dove head-first into the digital world and started a Youtube channel that now has over 3M+ subscribers, an online community with 36,000+ paid members and a business he loves.

Listen & learn how to connect with your buyer, have an impact on people’s lives, develop products your customers NEED & WANT, and how to change your #marketing for different generations. Click To Tweet

Listen in on our rich conversation to hear Steve talk about how NOT having a business strategy when he started out taught him a valuable lesson. You’ll also learn how to connect with your buyer to make your business better, how to have a real impact on people’s lives, how to develop products your customers NEED and WANT and how to change up your marketing message for different generations (Baby Boomers, gen X, Millennials..etc).

Not being clear on who your buyer is can haunt your business at every level—start-up, mid-size and huge corporation!

In episode 6, “Who Does Your Strategy Serve?” we’re going to delve into what can go wrong when you’re unclear on who your ideal client is and how to fix it no matter the size of your business. We’re also going to cover how to get clear on your buyer and how to show up to serve them.

Where to Find Steve Dotto

How To Plan And Prioritize Your Marketing
Go Further, Faster in Your Business