Move from being in denial about to connected to the numbers in your business.

Every once in a while I meet a woman so in tune with her business numbers that I instantly know I’ve found a kindred spirit! In this week’s episode, you are going to fall in love, just like I did, with Margy Feldhuhn’s courageous approach to embracing the metrics inside her business and hear how doing that has made Interview Connections, the business she co-owns, the first and leading podcast booking agency doing 7 and now almost 8-figures a year.

Margy and I are on a mission to wake you up to what is possible in your business when you start asking the right financial and performance questions and answering those questions with simple math.

If you’re thinking, “Oh, Margy’s probably had a lifetime of experience in the business financial sector.” OR “She’s got to be some kind of math whiz.” You’d be wrong on both counts. Margy is in her twenties and has figured out how to scale a team, exponentially grow revenue and protect profit with her feet on the ground in her business.

Listen in to hear Margy tell you the story of Interview Connections’ humble beginnings, to how her business partner, Jessica started the agency as a side hustle, to Margy coming on as a partner and promising to triple each of their take home profits (which they did!), to where they are at now – on target to grow the company from 3 M dollars a year to 10 M dollars a year.

I know you will love how transparent Margy is about the “failures” she’s learned from growing a company so rapidly and she gives fantastic advice for anyone looking to start or get back on track with profit growth. Get out your P&L spreadsheet, your calculator and let this episode inspire you into action!

Next week, in episode 28 (Make It, Don’t Take It!), learn how to generate money in your business on-demand. Instead of spending in hopes of making more money, why not learn to generate what you need with the assets you already have? Tune in to hear how!

Where To Find Margy 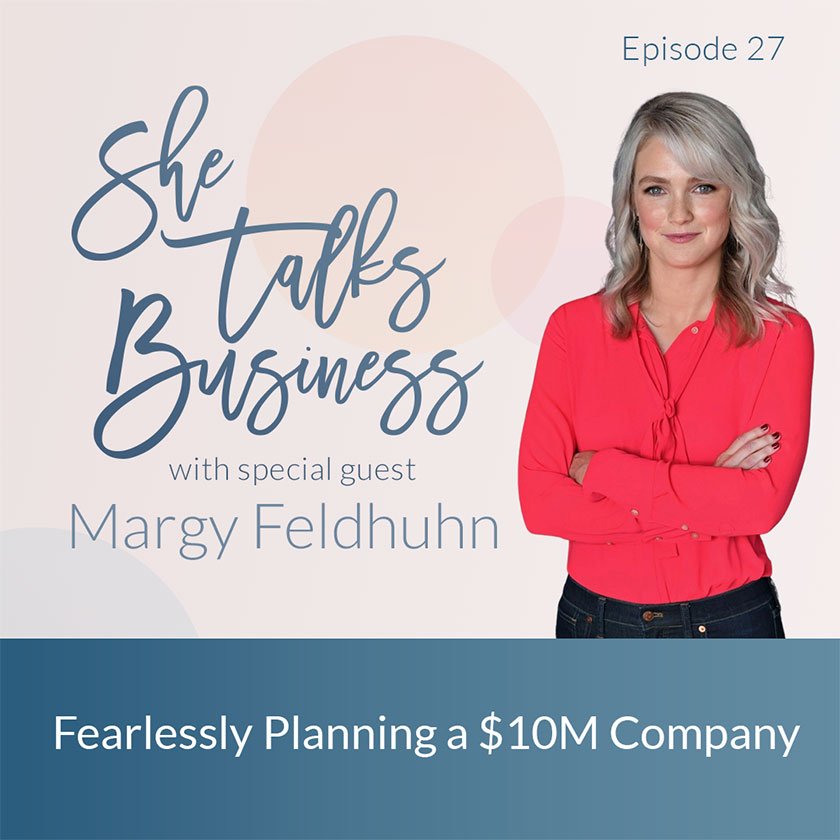