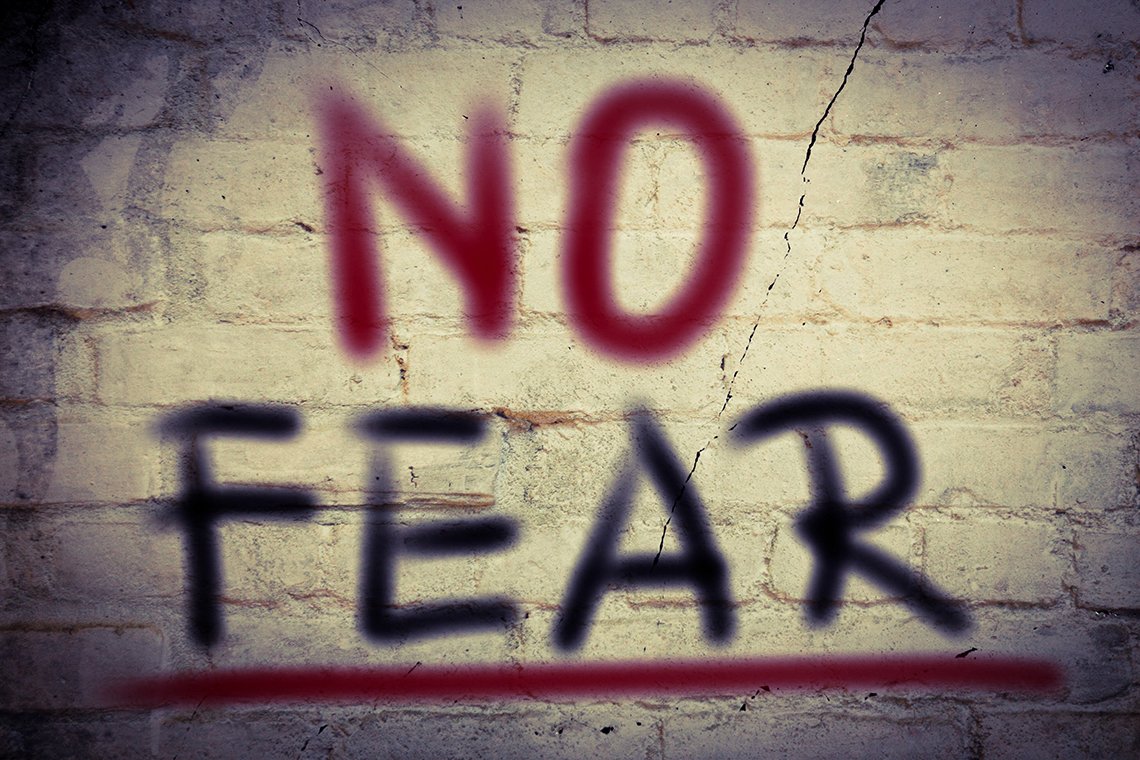 Fear: Run Or Face It Head On?

Do you face your fear? Or, do you run for the hills?

In a recent blog on self-care I suggested we all get up and move a bit more – go out for a walk. I took my own advice and went for a walk along the rural road near the Bay of Fundy near where I live, and in the process learned a thing or two about facing fear.

The walk took me past a home down the road from my own where there were people in the yard, kids playing on a trampoline, and a cute little Pomeranian dog lounging nearby. I walk past there home a short distance before I turn around and walk back past them on my way home. All of a sudden I hear a woman yell, “JARVIS!!!!”

I turned around expecting to see the cute little Pomeranian bounding toward me. That’s not what I saw…

I saw a black pit-bull lab cross type dog and he was coming for me and he did not look friendly. Thank God my own little dogs were not with me.

My heart leapt into my throat – this dog was big. This dog could easily knock me down. I turned away from him.

I was so scared.

I have no idea where my courage came from, but I turned back and I faced him. I drew from deep down inside and in the meanest, loudest voice I could muster I yelled, “YOU GO HOME!”

I kept yelling, and he slowed down unsure what to do since I was standing my ground and he began circling me. All the while, his owner is yelling at him too. Eventually he turns around and heads back to their property.

All I could think was, “Thank God!” and I keep walking along, heading home.

A short distance later I thought I was hearing things when I heard that woman calling that dog. Again.

He’s coming after me a second time.

With my heart racing, I brace myself for a hit from the full force of this charging dog and I take a second stand.
I muster up that mean, loud voice again and yell, “JARVIS NO! You go home!”

Again he reacts to me standing up to him. It slows him down. He recognizes that the sound of my voice is mad and he actually cowers down a little bit but he keeps trying to circle me while his owner is still yelling at him from their property back down the road. While this is happening, two cars come driving down the road with this dog weaving off and on the road. I was certain it was going to get hit by one of them.

The cars had to stop and his owner finally makes her way to us and grabs him by the collar to drag him home. She doesn’t say a word to me or the people in the cars.

I keep walking along, heading home.

I’m half a kilometre down the road and what did I hear? I hear that woman yelling at her dog. Again.

I turn around and he’s making a beeline for me. Again.

This time, I was almost back to our own property and the fear in me rose to a fever pitch and called out my husbands name at the top of my lungs.

I know I can’t run. I have nowhere to go. I know that my husband can’t actually hear me.

I do what I did before – I turn around, take a stand and get my ugly on, all while walking firmly towards the dog.

His owner comes out to meet us on the road. She grabs his collar. Again. Drags him away. Again. And what does she say?

Thank God I am a dog person. I used my knowledge of dogs to handle that situation.

But, it made me think about fear. A lot.

If I had turned around, if I had ran, that dog would have taken me down.

What saved me all three times was standing my ground and facing my fear.

I took control of my situation even though, inside, I was shaking in my boots.

So, when was the last time you shook in your boots in your business, faced your fear and did what you needed to do?

PrevPreviousHustle Till You Drop OR Does Self-Care Matter?
NextDecision-Making and Deservingness in BusinessNext