Before you move forward, you have to first understand your past. This is one of the crucial takeaways I hope you will receive from this week’s special guest, Jennifer McClanahan-Flint. Whoever you are and whatever your race, gender identity, culture, etc. may be, you will experience roadblocks and it’s important to understand why if you hope to grow as a person and a business.

How do you attract the right employees to your business when money is an issue? If you are a 7-figure business, that doesn’t always mean you have the ability to pay what you’d like to pay your future team members. Jennifer shares how she has navigated through this issue while still inspiring them to show up every day.

In order to become equitable as a business, you need to invest in people. This means your staff,  accountant, and even yourself should be made a priority. When you have the right people in place, you invest the time to get the systems and policies in place, you can remove a lot of avoidable conflicts. This is just as much for you as it is for your team.

When you tune in to this episode, you’ll realize that the opportunity for growth is knocking and the real question is, are you ready to answer the door?

Where to Find Jennifer McClanahan-Flint 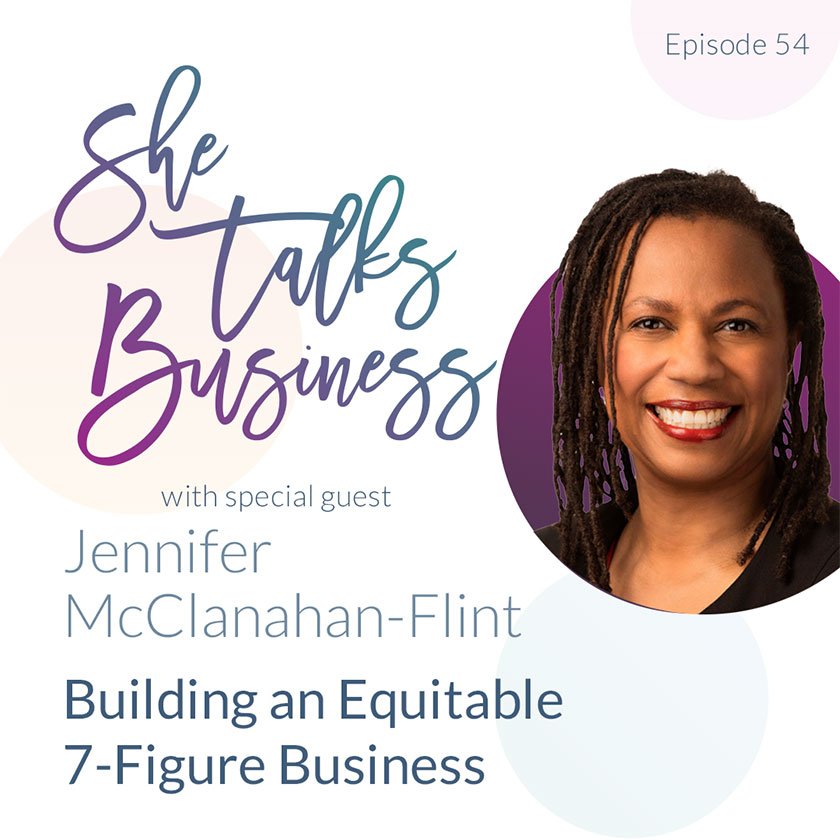