Tune in this week for a very special Team Takeover episode of She Talks Business as two members of Lisa’s team, Cass Bald and Adan Kovinich, share their favourite lessons from Lisa.

In this episode, you’ll learn how common it is for employees to not feel confident or comfortable until they have the right person in their corner. With Lisa’s guidance, both Cass and Adan are leading and inspiring their team to produce exceptional work and provide a stellar client experience.

If you’re an employee and have ever had a shred of skepticism about what you’re capable of, listen in to find out what fruitful advice these young women have received to dramatically transform their careers.

If you’re an employer, let this episode be a lesson in the power you have to positively impact the people who work for you. 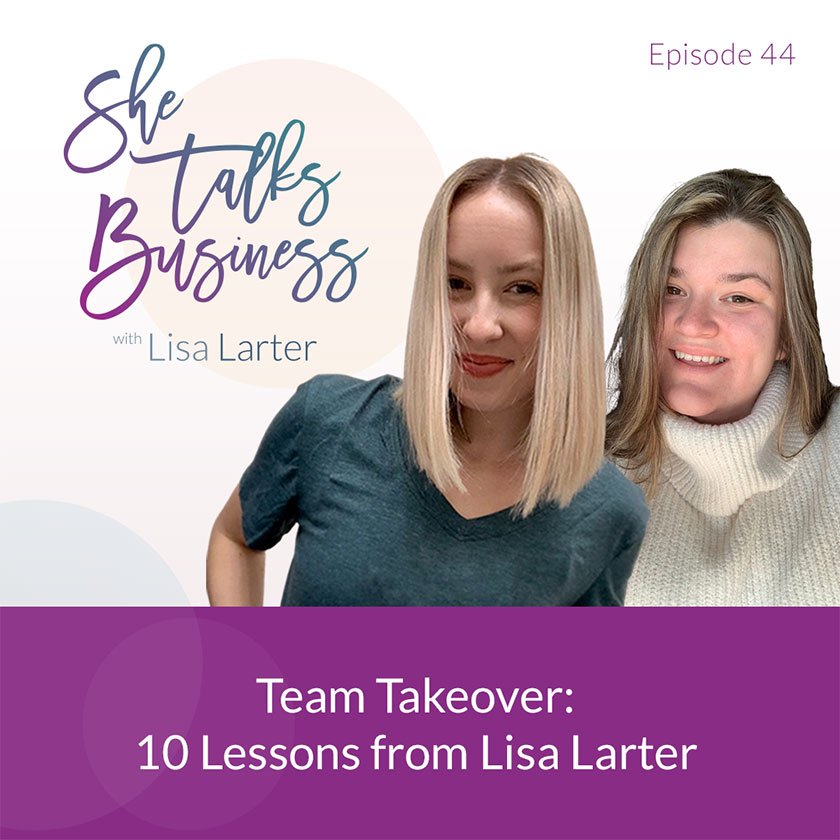