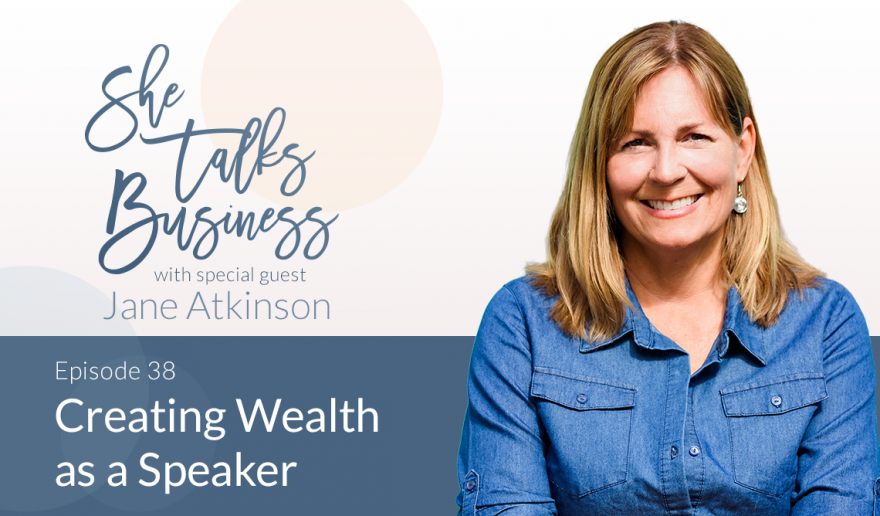 Jane Atkinson is one of the most sought-after speaker coaches in the world. She is also the author of The Wealthy Speaker 2.0 and she joins me this week to demystify how to make great money speaking. Whether you’re a professional speaker and want to know how to increase your revenue or you are a leader in your field looking to make a name for yourself talking about your area of expertise, you are going to love Jane’s practical advice.

Listen in to hear what Jane means by, “If you’re not willing to fail, you’re not ready to scale.” She also shares the story of her journey from a little-known speaker to making over a million dollars a year and gives us a look into how her clients have scaled their speaking businesses—one of them doubling their revenue year over year—to make speaking a career.

Jane gives some fantastic advice on how to price your speaking fees, how to know when to increase your fee, and how to scale your yearly revenue from $0 to $50K to $100K to $1M+. You’re going to want to hear her trick on how to leverage your free speaking engagements to move on to bigger engagements and ones that pay!

Where to Find Jane

Be sure to catch next week’s truly inspiring episode with special guest, Myoshia Boykin-Anderson, the founder and CEO of AndTech who started her business as a single mom after being fired from her job. Myoshia has gone on to build a multi-million dollar business!

How Seeking Accountability Will Push You Further In Your Business
EP. 37 - Choosing the Right Measurements of Success