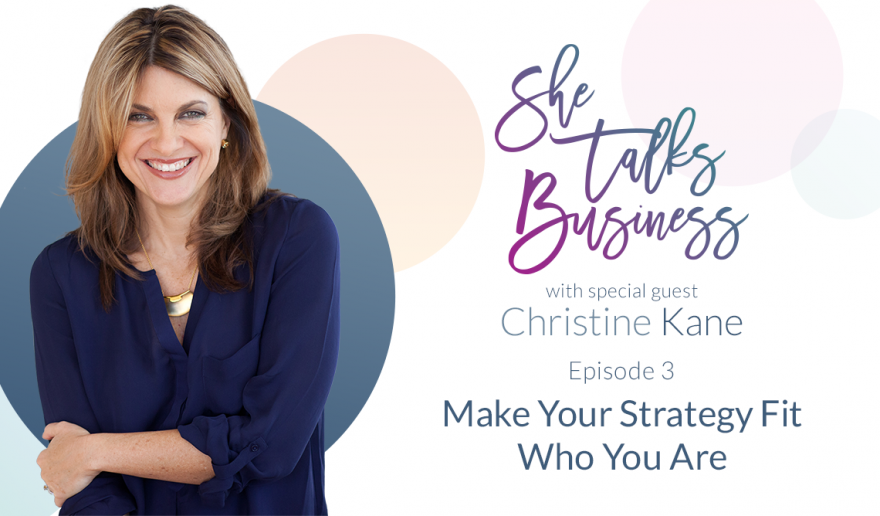 Make Your Strategy Fit Who You Are with Christine Kane

Christine Kane bootstrapped her music career by becoming her own agent and starting a music label. Thousands of shows, 7 CDs and an award-winning DVD later, she took the business and entrepreneurial skills she’d learned through ‘trial by fire’ and built a crazy successful, million-dollar coaching business.

In this episode, learn how she helps other highly creative, secretly sensitive and wildly ambitious entrepreneurs grow their businesses. Which is, by the way, also in the title of her new book!

As you know, this quarter’s theme is all about strategy. What I love about having Christine Kane as our first guest on this topic is that you will hear how someone who is all about following your intuition and fostering your creativity has set up her business to both make money and give her the freedom to create. Instead of making her business fit a traditional business strategy, she tweaked her strategy to suit who she is and what she needs from her business.

TALK THE TALK, WALK THE WALK:

Where to Find Christine Kane

Borrowed Courage
How Strategy can Expose the Gap in Your Business - EP. 2