Ditch the How with Dan Sullivan

The next book in our summer of reading it by the brilliant, kind, and curious founder of Strategic Coach, Dan Sullivan! In this episode, Dan and I speak about everything from the great information in Who Not How, to the importance of knowing what your unique ability is, to why Dan says he is going to live to be 156.

They told me it was impossible. “Dan Sullivan works with celebrities. He works with rockstars. There’s no way you will get to speak with him,” they said. But I didn’t give up, and to my surprise, the next thing I knew I had confirmation that Dan was actually happy to speak with me!

That said, I am so excited for you to hear this episode of She Talks Business. Thanks for listening!

Where to Find Dan Sullivan

Next week, tune in to episode 18 of She Talks Business as I speak with Allan Dib and discuss his book, 1-Page Marketing Plan. 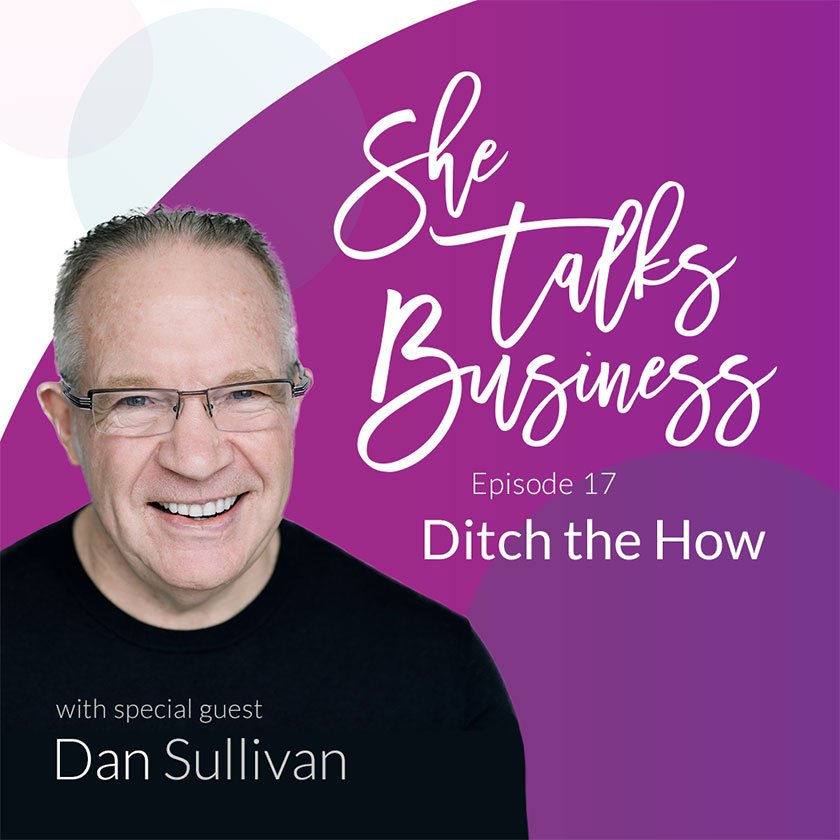