Be Fearless with Alan Weiss

Cultivate the Equivalent Courage of Your Talents

Could fear be keeping you from fully expressing your talents and expertise? How do you cultivate the confidence to lead fully?

I can’t wait for you to hear this week’s episode where Alan Weiss and I sit down to discuss the topic of his book, Fearless Leadership and what it takes to lead courageously in business (and in life).

Alan is often referred to as the ‘rockstar of consulting’, and when it comes to leading and growing a business with courage and confidence, I’ve never met a leader more detached from what others think of him and willing to lead fearlessly. Hear how he cultivates courage as a daily practice and what impact this has had on his business.

Listen in to hear how fear can mask your talent and cause you to suffer, and how Alan has come to reframe his fears into a mental game.

Could fear be keeping you from expressing your talent? How do you cultivate the confidence to lead fully? Hear how fear can mask your talent and cause you to suffer, and how Alan reframes his fears into a mental game. Click To Tweet

Where to Find Alan Weiss

Next week, tune in to episode 20 of She Talks Business as I speak with Mark Schaefer and discuss his book, Marketing Rebellion. 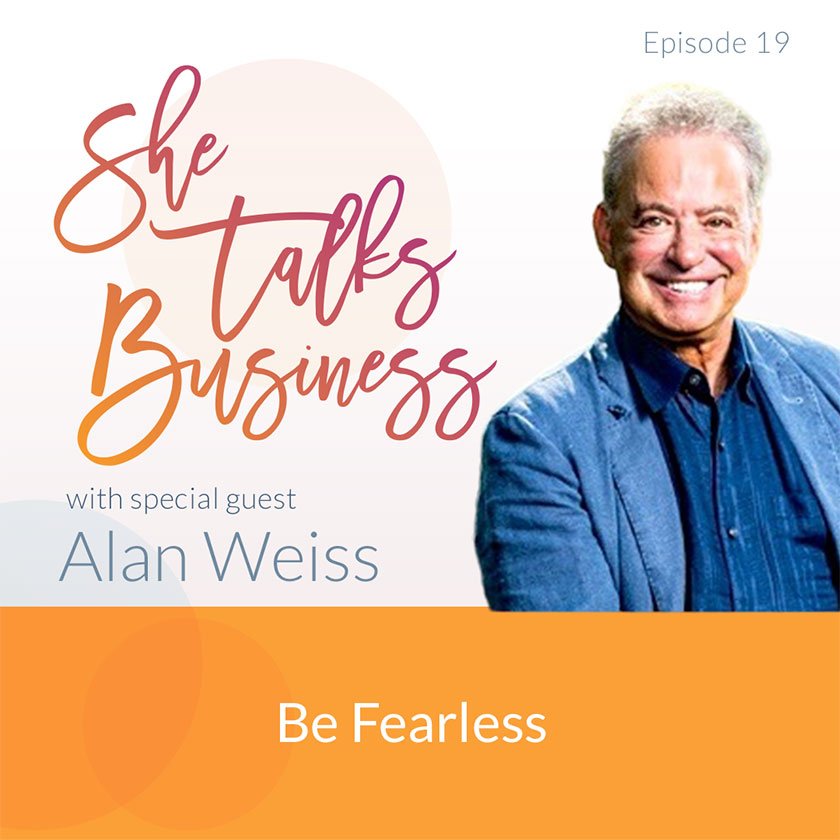