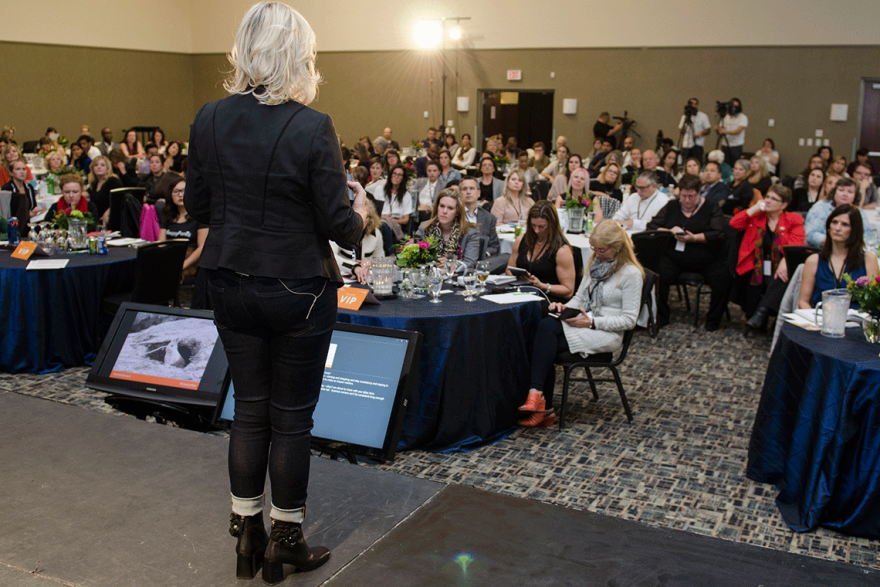 There were eight of us sitting around the table. The vast majority were seasoned speakers who are used to telling stories and teaching in front of crowds. Mark Levy (the guy who helped Simon Sinek find “Start With Why”) was sitting at the table. He is an expert in positioning as evidenced by Sinek’s tremendous success.

I had never heard of the term “backstory” the way the others were talking. Phil, who was sitting at the table shared his backstory. It was about his families hotel that they opened many years ago. He worked there growing up but didn’t want to take over as an adult when his parents were ready to sell. You see, Phil learned many lessons from his experience. Lessons that help others build ridiculously successful and profitable businesses. Something his parents were unable to do. He learned from his backstory and carried it forward in his life, in his career and his business in a way that would make a far-reaching impact. The story was riveting.

One by one we went around the table and shared our story. It was a powerful experience that deeply connected all of us.

When it was my turn, I started to share my go-to story. You know, the one about becoming an entrepreneur by selling things at the flea market so I could buy those jeans I wanted in order to fit in. Then something stopped me…

A voice in my head said, “That’s not the real reason.”

I shifted gears and decided to tell a story I’ve never told before.

The summer between grade five and six, I was a very sick little girl.

One morning when I went to the bathroom, it was all blood. I was hemorrhaging from my bowel. The doctor reassured my mom that I would be okay, I wouldn’t bleed like my grandfather who had diverticulitis. My mom went off to work and as the day went on, things got worse. 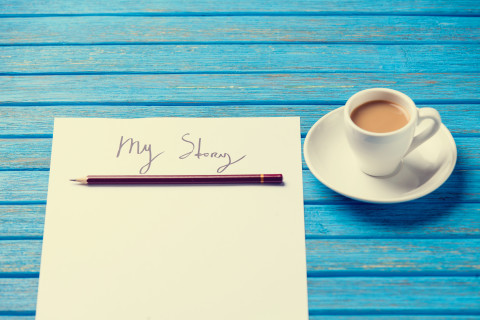 I spent most of the day at the doctor’s office waiting for my mom. They called her at work and let her know that I would need to be taken to the hospital in the city which was two hours away. My mom wasn’t allowed to leave work.

She was a single parent forty years ago when it wasn’t common to raise your child alone.

Her boss, a man named Otto told her that she wasn’t the only one who had problems. He had problems too and he needed her to stay and do her job. If she left, she would lose that job.

He was an evil, mean-spirited man who had no empathy for my mom’s situation at all.

At the end of the day, my mom rushed to the doctor’s office to get me and take me to the city. She, my Aunt, and I piled into the car and away we went. The doctor didn’t realize how grave the situation was.

I spent a week in intensive care. The only place they could find a pulse was in my feet when I arrived. I was transfused several times because I had lost so much blood.

In that moment, I remember seeing my mom’s agony over not being able to be there for me the way she wanted. I saw the hatred she had for her boss who wouldn’t let her go, and I understood how difficult the situation was she had been placed in.

When that happened, I vowed I would never be in that situation. I would never allow someone else to decide for me. I also vowed I’d never need money so badly that I couldn’t be there for the people who mattered most to me.

This is why helping business owners create sustainable, and financially secure businesses matter so much to me. I never want another parent to have to go through what my mom went through.

And I will never be Otto to anyone on my team.

After sharing at dinner that night, everyone felt that this backstory I shared was powerful and moving. The next day, Mark Levy took the main stage to teach us about positioning and to do an exercise with the room full of people on backstory.

I was having a conversation with someone who was sitting to the right of me when all of a sudden I heard my name being called. Not once, not twice, but three times. I look up and it’s Mark calling to me from the stage.

He asked me if I would share what I do, what my old story was, and the story I told the night before at dinner.

I was NOT expecting this.

I shared my backstory in front of almost 150 people. Telling the story made me emotional because I love my mom so much. I know how difficult the choices and the path were for her raising me back then. There weren’t many dry eyes in the room after I finished.

For the next two days, people sought me out to share how my story impacted them. One person who worked for the hotel shared with me that he feels like my mom must have felt. He is the sole breadwinner in his family while his wife stays home with four kids. Choking back tears he told me he isn’t able to be there for his kids and spend enough time with them. I could feel the guilt and remorse this man feels because he has to choose between providing for his family and being there for them.

Your backstory is an integral part of who you are, why you do the things you do and it is the exact place you can tap into for the passion and inspiration you need to live the life you really want.

Start thinking about the stories in your life that lead you to where you are today. Examine them and ask yourself, why are you the way you are? What do you want to change in the future? How can you tap into this and let it fuel you towards living the life you really want.

Money can’t buy you happiness but it can buy you peace of mind, freedom and time to be there for the people who matter most to you.

I would love to hear in the comments how your business is connected to your back story.

Don't Make Promises You Can't Keep
Who Grants You Permission?

The Key to Writing Great Copy