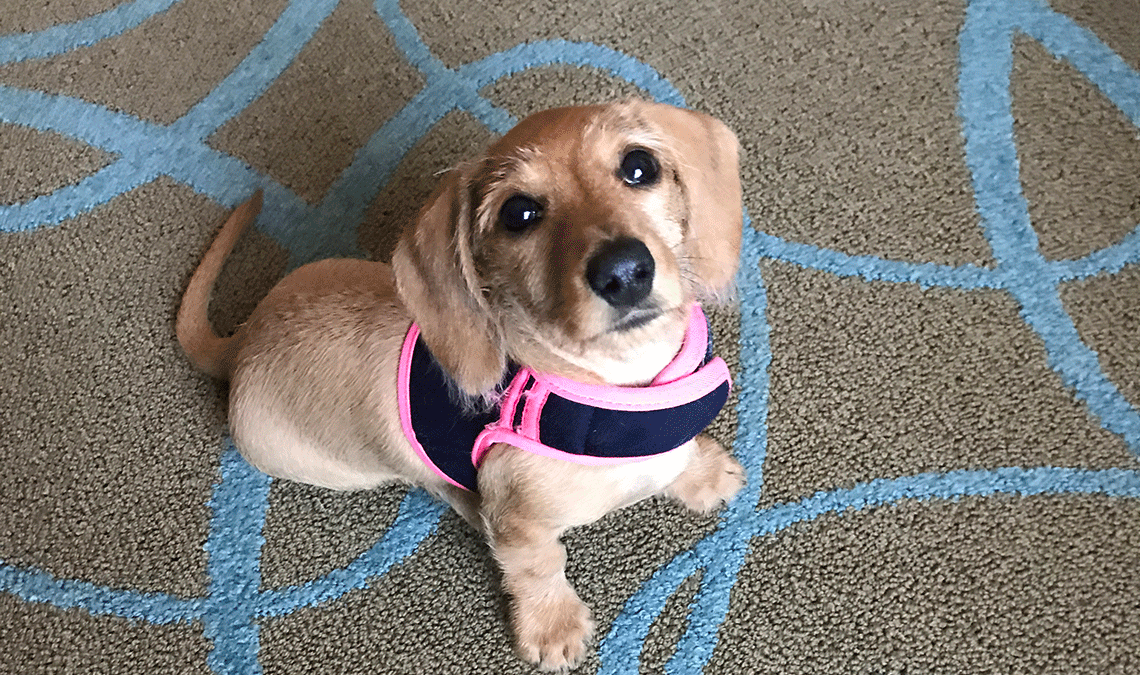 Business lessons from a puppy?! You may be thinking I’m crazy, but bear with me and read a little further…

My new puppy, Sunshine, is officially three months old this week. I’ve been amazed at the lessons she has shown me that are highly valuable for entrepreneurs.

This young puppy, who weighed less than 3lbs when we got her, demonstrates characteristics we should all uphold in our lives and business.

Not only has she helped my heart to heal after the loss of my sweet Gretchen, she has shown me ways to help business owners that I work with by the example she sets.

When she first came home with us, our other dog Eddy, was not super impressed. In fact, he made it a point of avoiding her at every opportunity. He sniffed her and then he promptly walked away like we had brought a nuisance into his home.

This puppy was used to being part of a pack. In fact, she thought her brother was her mother and even attempted to get milk from him on one of our earliest ventures outside. Needless to say, Eddy was not impressed.

What stood out the most for me was she didn’t seem to take rejection personally. At first, Eddy would snarl at her and stay as far away as possible. She continued to try and get into his face and his bed. Every time she tried, he would move someplace else leaving her on her own.

Eventually though, Eddy grew to tolerate her. He became a little less surly, and the next thing I knew, he went from toleration to companionship.

Too often in business, the first time we try something and it doesn’t work, we stop. Click To Tweet

You’ve probably had someone say no to a sales pitch, not reply to an email or not return a phone call and it hurt. You may have taken it personally and given up.

This puppy sees rejection as a normal part of pack behavior and keeps trying to make it work. Just because something doesn’t go the way you want it to the first time you try, doesn’t mean you should give up and take that rejection personally.

New puppies are a blank slate. They don’t know how to do anything except to drop and pee when they feel like it. I made training a key part of bringing this puppy into our home. She looks at you as though she has no idea what you want her to do the first time you try to teach her something. But she is focused and attentive and eventually, she gets it.

She comes when you call her name and she sits when asked and knows to do her business outside. She’s learned how to fetch and release and has been taught that she can only have a Smartbone to chew in her crate.

She has learned all of these things in one month. She doesn’t think “I’m too young or too old to learn.” Instead, she embraces learning and looks for the reward. Sunshine is keen to learn new things and doesn’t take it personally when she doesn’t know how to do what she is being taught the first couple of times.

As an entrepreneur, you are constantly learning. Learning is uncomfortable and can make your self-confidence dwindle. Especially when what you are learning is out of your comfort zone.

Instead of avoiding learning, or rationalizing why you can’t learn – try leaning into the experience and rewarding yourself for your new found skills. 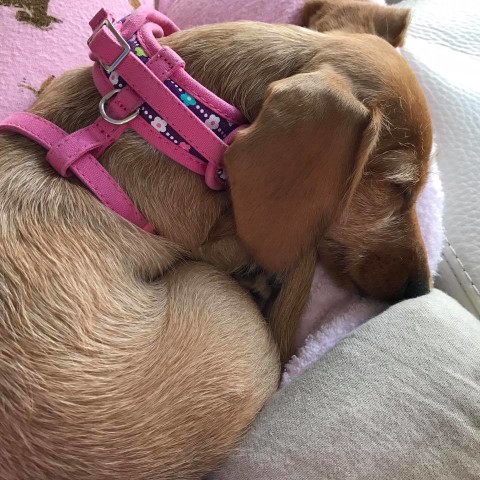 Growing up from a puppy into a dog is hard work. It requires a lot of food, sleep, and love but that doesn’t stop puppies from having fun. This puppy loves to play.

Sunshine races around the house, she jumps and leaps in and out of her bed, she play-fights with Eddy and loves her toys. Playing is a big part of her life and she has brought play back into Eddy’s life.

My other dachshund who recently passed was 14 years old. She didn’t play that much anymore and now that we have a puppy, I can see how much fun Eddy is having while playing with her. It’s as though I forgot how playful, happy, healthy, vibrant dogs can be.

It occurs to me as I watch them that play needs to be a bigger part of my life. When you own your own business, it’s easy to get caught up in the hustle that everyone tells you it takes to grow. It’s easy to work, take care of others, and put yourself at the bottom of the priority list.

I find myself being silly with this puppy, down on the floor throwing toys, playing chase, over-exaggerating and being child-like in watching her and experiencing fun with her.

Play isn’t only for children and puppies. You need play in your life too. In fact, I’m guessing if you added more play and less work into your life, you might become a happier person and I, for one, want to be a happy person.

Imagine what would happen if you gave up rejection, abandoned perfectionism, leaned into learning, and added a healthy dose of play into your life. How would you feel?

I’m guessing it might be good for your soul.

What’s one thing you can do this month to add some fun into your business? Let me know in the comments!

5 Lessons from an Angel Investor
4 Ways to Get Unstuck